The platform is used by the the State Election Commission (SEC) since its establishment in order to enable transparency and reliability of the election results. The iVote product as an accessible and advanced electronic platform increases the integrity in the democratic process as well as the citizens engagement and trust. It is consisted of several different modules such as managing the Election Day, administration of user privileges, generating reports, statistics and documentation.

iVote has provided a software solution with a crucial role in the creation of more transparent and inclusive electoral process. The public was following the live streaming of results and turnout data on the Election Day. The information were handed on time and presented officially. The system had simultaneously proceeded information from over 3500 polling stations and there was a huge public interest with over 3.5 million-page views on the Election Reporting web site. The public had an immediate insight in the process, said Elena Temelkovska, iVote CEO.

iVote is a company specializing in election modernization and e-learning technologies. iVote’s Demokra is an end-to-end state-of-the-art election management platform, providing high security and transparency. iVote Demokra technology has been trusted by more than 136 million voters around the world. It has contributed to the timeliest, transparent and credible election results in the history of democracies in many countries worldwide. 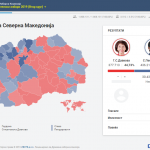 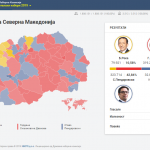 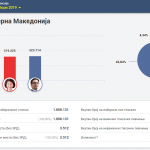 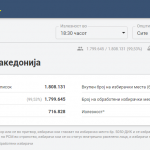