iVote Demokra has once again proved its commitment to innovations as a technology provider of the Kosovo Early Elections 2019. Election night results web site allowed live transmission of the results at the same night after polling stations were closed.  There was a great interest from the public for the official timely and credible election results.

The Kosovo Early Elections 2019 took place on Sunday, October 6th. Around 2 million people were eligible to vote in 2.547 polling stations. Voters were electing 120 representatives into parliament.

“The iVote Demokra as a reliable partner of the Central Election Commission contributed towards the automation of the diverse complex processes. Our company’s product operates in accordance with strict procedures which have been approved by the CEC of Kosovo in order to ensure a transparent, accurate and timely results. We have also managed to implement changes efficiently and effectively and to design a complete system that covers all aspects of the electoral processes. Our technology enabled full elections life cycle management of all phases of the electoral processes. “- stated Elena Temelkovska, CEO of iVote.

iVote is a company specializing in election modernization and e-learning technologies. iVote’s Demokra is an end-to-end state-of-the-art election management platform, providing high security and transparency. iVote Demokra technology has been trusted by more than 136 million voters around the world. It has contributed to the timeliest, transparent and credible election results in the history of democracies in many countries worldwide. 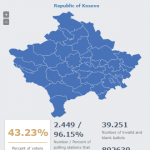 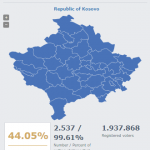 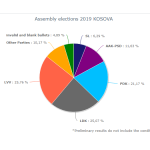 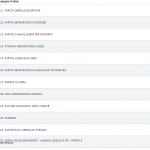