iVote Demokra election management platform was used for the 2017 Local Elections in Kosovo. With this platform, majority of pre-election, election day, and post-election activities were automated. The first election round took place on 22th of October and the second round took place on 19th of November.

Demokra election platform is the main provider of technological trends. Demokra facilitates the work of the CEC and the Count and Results Center (CRC). The public can follow election results on the Election Night Reporting web site and Android and iOS mobile applications. CRC can easily manage its activities such as: entry of recounted ballot papers, tracking election materials, allocation of mandates and many more.

For the first time in CEC of Kosovo, OCR (optical character recognition) technology was implemented for one municipality. This was a pilot project for a small municipality Junik with 1 Polling Center and 5 Polling Stations. The system enabled all results forms to be scanned and handwritten results to be converted into digital format and ready for further processing. This system simplified the process of extracting and electronic storing of data from handwritten results forms.

“We work on continuous improvements that simplify Central Election Commission (CEC) work and increase their productivity. Our 8 years of active cooperation with the CEC Kosovo enabled us to have an inside look to the everyday election activities and procedures and to strengthen the ability to introduce emerging technologies, as well as to tackle the myriad pressing challenges.” – Stated Mr. Tomislav Zografski, CEO of iVote.

Over 1.8 million registered voters from 2505 polling stations over Kosovo had the right to elect municipal mayors and municipal assembly members in all 38 municipalities. So far, iVote Demokra technology has been used in 5 countries, 2 continents and has been trusted by more than 136 million voters around the world.

iVote is a company specializing in election modernization and e-learning technologies. iVote’s Demokra is an end-to-end state-of-the-art election management platform, providing high security and transparency. iVote Demokra technology has been trusted by more than 136 million voters around the world. It has contributed to the most timely, transparent and credible election results in the history as democracies in many countries worldwide. 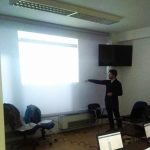 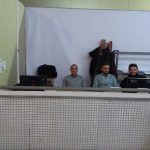 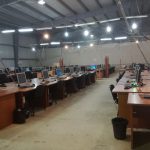 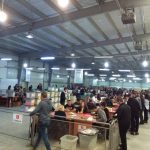